The automatic Federal budgetary cuts associated with Congressional Sequestration coupled with the ongoing uncertainty in the Massachusetts legislature over Gov. Deval Patrick’s proposed $19 billion dollar Transportation Bond Bill for overhauling the Commonwealth’s aging transportation network over the next decade will have an immediate, significant, and long-term impact to the Massachusetts aviation system – one of several key gateways to the New England region.

Birdseye view of one of the potential SRE building expansion concepts

At the invitation of the on-call airport engineer, Jacobs Engineering, we recently assisted Beverly Municipal Airport – one of several MA airports that has been scheduled by the FAA to begin scaling down contract air traffic control tower operations in April as a result of the Sequester – in developing the project scope for a flexible and cost-effective adaptive re-use building expansion to enhance the Airport’s existing 1980s hybrid Administration and Snow Removal Equipment (SRE) Facility. 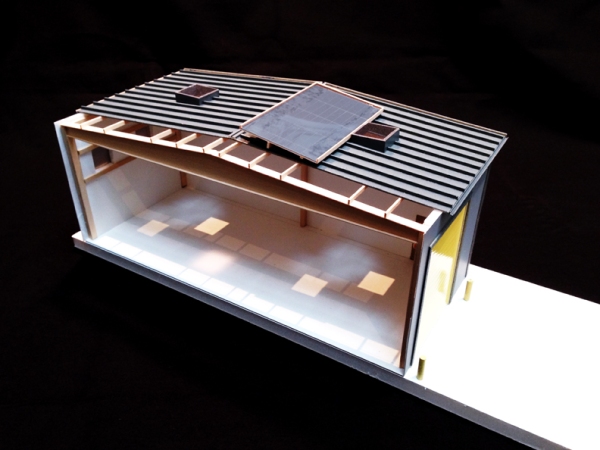